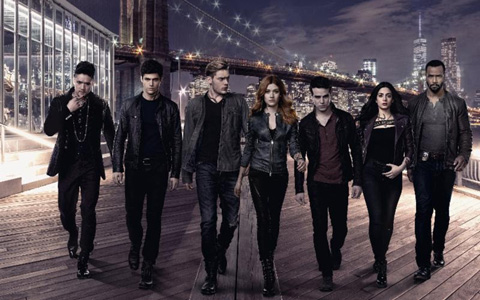 Shadowhunters, ep3.20 “City of Glass” premieres on Freeform, Monday, April 29th at 8pm.  Originally intended to be the Season 3 finale, this epic episode pits the Shadowhunters against their own beloved Clary, who is now fully under the influence of her demonic brother.